Algaefix is a product manufactured by API and designed to kill many different kinds of algae that grow in aquarium tanks. However, reviews of the product say that it is ineffective against black beard algae.

Algaefix claims to work on a number of different algae that can grow in your aquarium, but most reviewers state that the chemical is only effective against green algae.

Does Algaefix Kill Black Beard Algae in an Aquarium? In this article, we will review how to use Algaefix if you do want to try it out to see if it effectively kills the black beard algae in your tank. We will also address the effectiveness of Algaefix against hair algae.

How to Use Algaefix to Kill Black Beard Algae

While Algaefix claims to work on most types of algae, a lot of product users report it is not very effective against black beard algae. However, if you want to give it a try, it is simple to use and should not pose any threat to your aquarium plants and fish even if it does not work on the black beard algae.

The recommended dosage for adding Algaefix to your tank to get rid of unwanted algae is one milliliter per ten gallons of water every three days. Once your algae problem has cleared up, you can reduce the dosage to once a week in order to prevent the algae from regrowing. 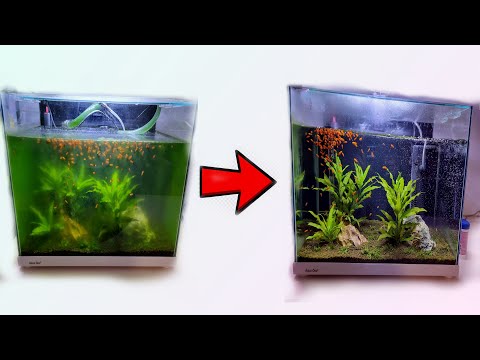 API recommends that you extricate the dead algae from your tank so that the waste doesn’t pollute the aquarium water. Also, Algaefix is not safe to use in tanks containing freshwater crabs, shrimp, or lobsters.

Does Algaefix Work on Hair Algae?

Algaefix seems to be extremely effective against most green algae including hair algae. It may take a few doses before you start seeing the chemical work is magic. However, most people confirm that within one to two weeks, the hair algae in their aquarium tanks are gone.

Unlike some other species of algae, hair algae are so simple and finely structured that there may not be any dead pieces to clean up. Most users report that the algae simply vanish and dissolve into the water. Always use the recommended dosage to ensure the safety of your aquarium animals.