Yes! Goldfish eat duckweed, and it is not harmful to them. It offers a great snack for your fish because it is tasty and nutritious. So, Goldfish find the plant delicious and will eat it to their satisfaction.

Is Duckweed Harmful To Goldfish?

Duckweed is a floating plant that is common in Goldfish tanks. The plant is not harmful to Goldfish, and that is why you can feed it to them.

Besides the fact that it is tasty, it also provides numerous nutrients for the fish. Goldfish feed it on the plant as snacks because they find it delicious.

It can form a good part of their fish tank. Some aquarists add Goldfish to ponds as a means to control duckweed. The fish will happily munch on the plant once they find it in their tank, and it won’t cause any harm.

The only way duckweed can be harmful is when they grow excessively in the tank. In this case, they will deplete oxygen levels which are dangerous for the fish. 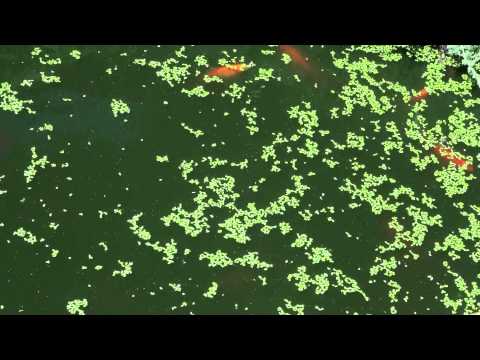 How Much Duckweed Can Goldfish Eat?

Goldfish finds duckweed tasty and edible. This fish species is grazing fish that will eat their fair share of the tank’s duckweed plant. Hungry Goldfish will eat the plant until they feel satisfied.

You can view duckweed as the grass of the tank. It can increase and cover the entire tank’s surface, but your Goldfish will not let this happen. The fish will eat the plant as long as they need something to munch.

It might not be possible to estimate the exact amount of duckweed a Goldfish can eat. But the known fact is that they will eat the plant as long as they are hungry. They won’t stop until they are satisfied.

The only way to stop them from eating the plant is to provide them alternative food. They might look away from the plant when they are not hungry. But Goldfish will go back as soon as they feel like having some snacks.

Eating duckweed for Goldfish is not just to prevent them from being hungry. It is tasty and also offers a high nutritional value. It supplies Goldfish with vitamins, proteins, and other essential trace elements.

Here are some of the benefits of eating duckweed, particularly for duckweed.

Protein is one of the essential nutrients necessary for fish growth and survival. Goldfish is not an exception to this case. They need a rich protein supply for their development, and duckweed helps them with this.

Full-grown duckweed can contain up to 40% protein. This percentage is sufficient to supply Goldfish with enough protein necessary for their growth and survival. Besides, the protein in duckweed is easily absorbable into the fish’s body.

Vitamins are an essential part of fish’s diet. It is necessary for their body’s functioning and improves the body’s resistance to diseases and infections. It also aids Goldfish’s digestion and mitigates the possibility of constipation.

Duckweed is particularly rich in Vitamin A and B. These vitamins are necessary for steroid hormone and folic acid synthesis in fish. It also prevents conditions like abnormal swimming, lethargy, and organ malfunction.

Trace elements are useful in small amounts and essential for the growth of the fish. Duckweed is a rich source of potassium and calcium, which are critical for Goldfish. It also includes other pigments, especially xanthophyll and carotene that helps with fish growth.

Duckweed will help your fish to get nutritional supplements they might not get from other food sources. It can fill the void for the veggie needs of fish while also providing some environmental benefits.

Duckweed is a floating plant and can cover the tank’s entire surface. They are one of the smallest tank plants, and one can easily mistake them for algae. It is only beneficial if you let them grow moderately in the tank.

However, Goldfish feeding is one of the natural ways to control the growth of your duckweed. You can also use another physical and chemical control method that won’t harm your fish.

Water cleanliness and water quality are crucial factors that influence the survival of a fish in the tank. One of the main reasons why people include live plants in their tank is to aid biological cleaning. Duckweed is not an exception because it can help you clean the water.

This floating plant uses a method called “water scrubbing” to clean the water. It can use this method to get rid of toxins and heavy metals in the tank.

Also, it uses some organic elements in the tank as part of its nutrients for growth. It also uses the carbon oxide waste in the fish tank as an essential part of photosynthesis.

Duckweed is a floating plant common in Goldfish tanks. The plant is small and can be mistaken for algae. Goldfish find this plant edible, and they will munch on it as often as they get hungry.

Goldfish can eat duckweed till they feel satisfied. The plant is tasty and serves as a rich source of essential nutrients like protein, vitamins, and other trace elements. However, it is vital to control the growth of duckweed in your fish tank.

The most common fish to keep in a pond is koi, but do koi and goldfish get on? Check out here for more information