If you see tiny black worms in your fish tank you will need to take action strait away to get rid of them before they do harm to your fish.

There are four types of little black worms we need to be worried about in the fish tank, they are

If you find the above worms in your tank you will need to change 50% of your tanks water then treat the water with a aquarium parasite treatment kit which you can buy on amazon.

The treatment might be different depending what work is in your tank, I will go through the treatments below.

What Are The Little Black Worms In My Fish Tank?

Detritus Worms are commonly found in your tanks pebbles and your substrate, they look like thin, pointy, white-brown strings that wiggle through the water.

Below is a video which shows you what these worms look like. 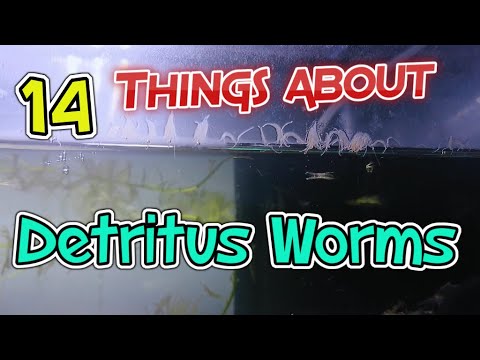 Planaria are the most common black worms in your fish tank. Planaria are a type of flatworm.  These worms have flat worm-like bodies, and paired eyespots (ocelli) that give the appearance of being cross-eye.  Below is what these small black worms look like. 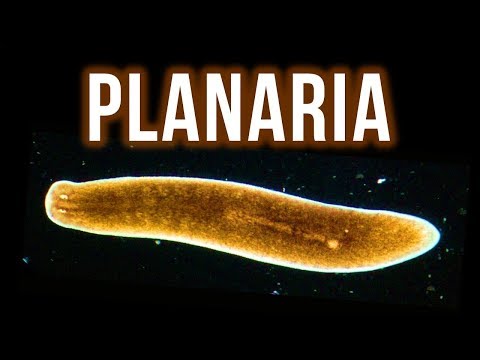 Anchor worms are the most dangerous worms you can have in your tank.  These worms will attach themselves to your fish. They are external copepod parasites that are tiny and are just about visible to the naked eye.

Camallanus Worms are another type of worm that is common in fish tanks. Camallanus worms are a couple of millimeters long when fully grown and are usually found in the anus of your fish. In the video below you can see a Camallanus Worm attached to a poor guppy 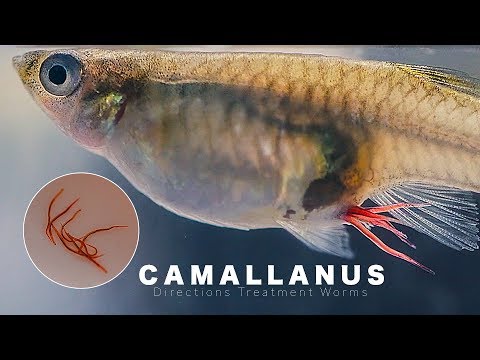 How Do Worms Get In To Fish Tanks?

Most of the time, tiny black worms get into your fish tank when you’re overfeeding your fish. The deal is that when you overfeed your fish, you give them enough to thrive on.

When you continue to overfeed your fish, you’ll be surprised at how much the tiny black worms can get in your fish tank.

The left over food will rot in your tank and will produce the bacteria needed for these small black worms to form.

How Do I Get Rid Of The Little Worms In My Fish Tank?

One option would be to change the water in your tank. However, that would only be a temporary fix.

Other options you should consider include:

Well, there’s a trick to it, and it’s really straight forward. All you have to do is to reduce the amount you feed your fish.

There are lots of fishes that are really sensitive to these additions. Also, copper is very bad for Shrimps, snails, crustaceans, and a lot of other life forms in general.

So, if you really want to use copper, it’s up to you. But you must be ready to deal with the complications that may arise from it.

How To Remove Little Black Worms In Fish Tank Filter

How To Identify Worms In Your Fish Tank

If your tank is newly set up, there are chances that you might be dealing with mosquito larvae and not real worms. How do you know? Really simple!

Most of those other black worms exist in overfeed tanks. Generally, in tanks that have been together for a long while.

In any case, to identify the worms in your fish tank, you might want to check on the body of the worms. Check if the tiny black worm has segments or not and classify as earlier discussed.

Are The Tiny Black Worms Dangerous To My Fish?

Most tiny black worms are generally harmless. A lot of hobbyists that have had experience with these worms believe that they are not dangerous to your fish and that they won’t hurt them at all.

However, other hobbyists wear a sentiment of dislike for the presence of these black worms in their fish tank. They want them to go by every means possible.

The only threat black worms might pose to your fish is the possibility of eating your fish eggs. So, if you’re dealing with tiny black worms here, it might be wise to think about getting rid of them.

The decision to keep your worms or to let them go depends totally on you. If you love them, well, good for you. If you don’t, however, you can try out the already highlighted techniques to get rid of them.

Are There Only Black Worms In Fish Tank?

No, not only tiny black worms are present in fish tanks. There are lots of other worms that find their way into it. White worms, grey worms, red worms also one way or the other get into the fish tank.  So, if you’re seeing some different colors of worms in your fish tank, don’t be too surprised.

When these worms get into the fish tank, they exhibit similar behavioral properties to the black worm.

Now, these methods of getting rid of your worms would work. However, you might not be able to get rid of those worms entirely. As long as you keep overfeeding your fish, it is almost sure that the worms will keep coming back.

Prevent Your Fish Tank From The Tiny Black Worms

You must maintain a high level of hygiene for your fish tank. Clean it from time to time. Most importantly, don’t overfeed your fishes. The tiny black worms in your fish tank don’t have to be there. And they wouldn’t be- if you take the proper measures against them.