What is the White Film on Aquarium Glass

These substances might not harm your fish, but they can provide a very unpleasant appearance to your tank and your fish therein. Most times, these residues are mainly calcium deposits and limescale. You will need to remove them from your aquarium glass to provide a pleasant appearance.

The white film can also be salt creeps adhered to the aquarium glass. It occurred when you had salty water in the aquarium. When the water evaporates, it leaves behind its salt residue that sticks to the tank walls and provides an unpleasant appearance to see.

The white film can also be water stains. If the tank’s water were dirty before you changed it or evaporated, it would create streaky white films on the aquarium glass. The water stains will give your aquarium a dirty look and deprive you of getting beauty. 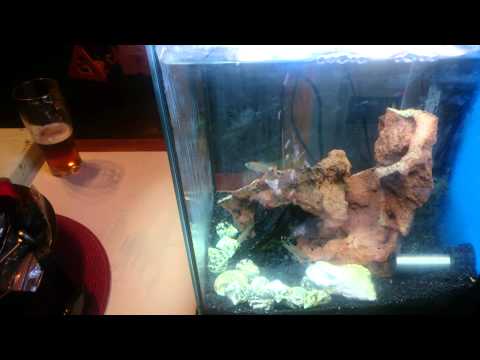 How to Remove White Film on Aquarium Glass

You only need to get an aquarium cleaner from a pet store and use it on your aquarium glass. The aquarium cleaner will help remove the white film from your tank walls and keep it clean. It is also very safe for your fish and would not hurt your aquatic organisms.

You will need to remove your fish from the tank before adding the vinegar to keep your fish safe. After cleaning the aquarium with the vinegar, you should rinse it thoroughly. You have to repeat the rinsing process till you are sure the tank is completely clean and safe for your fish.

How to Prevent White Film on Aquarium Glass

As we all know, prevention is always better than cure; we need to prevent the white film from appearing on your aquarium glass rather than wait till it appears. You have to take simple steps and take note of some factors to prevent it from appearing.

The first thing you have to do is to test the water. One of the most common causes of the white film is hard water in the aquarium. If you can be sure you can keep hard water away from your tank, then you have a great deal of your problem solved.

You have to carry out several tests on your water to be sure it is not hard. You can test it professionally or using local methods. If you do not have a means of testing the water, it might be best to use rainwater.

You can also use vegetables in the tank to help prevent white film build-up. It is only applicable to small tanks as bigger tanks will need a more effective approach. You have to prevent the white film from showing up on your aquarium glass by all means.

Will the White Film Harm Fish