It’s bad news, but the truth is, many creatures will co-habit in the tank with your fish.

Are spaghetti worms harmful to humans?

In this article, read about spaghetti worms and how to get rid of them for good.

Are Spaghetti Worms Harmful To Humans?

Spaghetti worms will not harm humans. Researchers have not recorded human infections, rendering the worms harmless to humans.

The spaghetti worm is an annelid. It is related to the more common earthworm. They are sand dwellers who burrow into the dirt and are native to tropical climates.

They extend a network of thin white tentacles, giving rise to their common name. You won’t find these tentacles catching live prey;  instead, the worm feed on detritus or fragments of various small dead species. How To Get Rid Of Spaghetti Worms

As you will later find in this article, fish will also help handle spaghetti worms in your tank. This approach is usually a two-way win for aquarium owners.

The worms supplement regular fish feed while reducing the worms’ population and their growth level in the tank.

How Do Spaghetti Worms Get In Your Tank?

The most frequent way spaghetti worms gain access to your tank is through live rock, sand, or corals with one or more worms or larvae. Many consider this process unintentional.

You will find the aquarium community referring to this as hitchhiking. Although this nickname commonly applies to:

While spaghetti worms will not harm your fish, we do not recommend leaving loopholes for them. They can voraciously grow and disfigure the water, causing discoloration.

If you don’t like having them in your tank, you should perform regular maintenance to eliminate existing ones and give them a difficult breeding space. 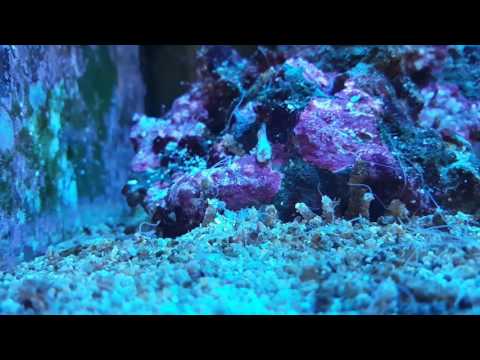 What Will Eat Spaghetti Worms?

Spaghetti worms are typically consumed by the same animals that eat other polychaete worms.

Sand-sifting creatures eat them such as:

The size of the tank matters in how practical the approach is. If you have a tank of about 20 gallons, we recommend having 5 – 10 shrimp. You may not need to add more as they tend to reproduce and develop into a larger cleansing army.

Are Spaghetti Worms Safe For Fish To Eat?

Yes. Spaghetti worms are not entirely ugly to be in your tank. It is safe for fish to consume, helping supplement their feed. This scenario is multi-faceted. You can have fish eating the worms to cleanse them and create a food supplement.

Among fishes that eat spaghetti, worms are:

While you don’t have to worry about fish eating the worms, using them to cleanse worms, on the other hand, may not be a practical approach.

It would be best if you also did not use worms as a sole feed for fish. They will feed on a substantial amount, but original feed should be available for a balanced diet.

How Big Can Spaghetti Worms Grow?

It builds a tube out of sand and gravel inside the protection of rocks or reefs, cementing it using a mucus-like secretion from a collar-shaped gland right below the tentacles.

Each elastic tentacle has grooves and resembles a rain gutter in cross-section.

What Damage Can Spaghetti Worms Do To Your Tank?

They don’t harm your priceless corals and don’t assault anything alive. However, you may want to avoid their uncontrolled existence as they could discolor the water if they get too much.

Usually, you wouldn’t need to worry about that since your fish will feed on them as they emerge.

We hope you understand spaghetti worms better, including what they can offer your aquarium.

While it helps to take caution in handling them, i.e., not disregarding their existence so long they don’t override the tank, you can still enjoy a few of their benefits, like having the fish feed on them. This is a solution on its own.

However, as this article discusses, you can complement this with a manual treatment method.