Why Are My Goldfish Chasing Each Other? Aggressive Goldfish chase due to territorial disputes, competition for food and overcrowding. Males chase females during mating. It’s quite normal unless you notice detrimental signs of goldfish weakness and stress. Goldfish are not considered aggressive, but that isn’t to say that aggression will never happen. In the wild, they like to form large groups for added safety.

They can live alone in your tank, but having only two together may result in some chasing or aggression.

Don’t stress yourself over it if you find that you are unlucky enough to have an aggressive goldfish. We are here to help.

Top 8 Reasons Why Your Goldfish Is Aggressive or Chasing:

Opposite sexes chase, fin nip or males bump into females frequently. Females may chase males too.

Other times males chase each other for the right to mate with available females. Keep more females to males at a ratio of 3:1 to stop this form of aggression.

You may see pictures or videos of goldfish in a small bowl, but this is not a great long-term solution.

Stress results and aggression of chasing ensues with a lack of space for two or more goldfish. A 20 gallon tank would suit your active goldfish much better.

When food is offered, a larger goldfish might wish to take on the role of a bully. Fights may occur that usually looks like chasing. You can use a tank divider or sprinkle food in separate spots to limit this type of aggression.

Goldfish are not as territorial as many other fish. They may enjoy a certain spot and chase away anyone else who wishes to rest or explore it.

The best thing to do is add more spaces to hide, rest and rearrange the tank to replace the territory. This may cause your goldfish to regroup and refresh for a restart by creating new zones. 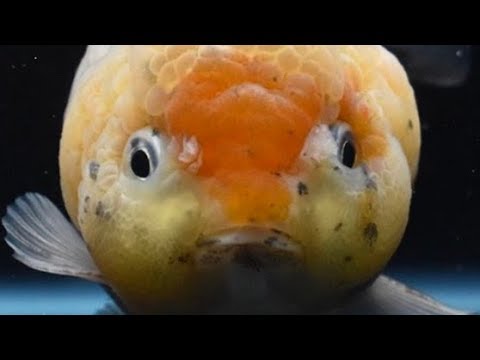 You can’t expect every fish to act the same. Even if they are the same species, there is bound to be an aggressive goldfish from time to time based on natural behavioral traits.

This goldfish may have also learned aggression in a hostile breeding tank where it needed to defend itself or compete nonstop for food. You may have to return, exchange and rehome this aggressive goldfish.

Was there a loud bang? Did the light suddenly turn on? Something may have startled your goldfish and caused it to stir up a storm.

A rush of adrenaline may cause one goldfish to chase another. Tapping on the glass or your sudden movements may also contribute to this shock. Another reason for shock is a spike in ammonia from poor water quality

A goldfish requires optimal water parameters suitable for this specific species. If you can maintain the following parameters, your goldfish may not feel stress or shock and the need to swim erratically:

A goldfish that is sick or ill may start to behave in abnormal ways. Erratic swimming is one such symptom of illness. This can turn to chasing as well.

A sick goldfish could end up being listless or lethargic. A tankmate could nudge the other and try to revive its partner to perk up to no avail. One goldfish could be trying to care for the other.

Remove the sick goldfish and use a quarantine tank if you can. Treat this goldfish with a broad spectrum medication available at your local fish shop.

Are My Goldfish Mating?

A big reason why you see one goldfish chasing another is due to breeding season:

The act may seem like aggressive chasing, but this should not result in harm or stress. How Do I Stop My Goldfish From Chasing Each Other?

If you are tired of the nonstop chasing that is taking place inside your tank, then you may act on it in the following ways:

Fish fight sometimes, but as long as there aren’t wounds, torn fins or stress that leads to illness or sulking in corners for long periods of time, it’s quite natural.

Your goldfish are chasing each other for many natural reasons revolving around mating or territorial disputes.

They are not considered aggressive fish, but there are exceptions when the conditions in the tank are not ideal. Always test the water quality to make sure it isn’t the water chemistry that is causing the aggressive behavior.

We hope the tips provided in this article help shine some light on the subject of chasing goldfish with some helpful solutions to help stop it when necessary.

Thank you for visiting HelpUsFish.com today for this article about goldfish. We enjoy serving the aquarist and fish keeping community through our articles based on research and experience. See you soon!