Bettas are very attractive and popular fish to keep, they are also very territorial and aggressive, especially males.  If you are thinking of adding a second betta to yout aquarium there are a few things you need to know. Can You Put A Male And Female Betta Together?

It is not recommended to put a male and female betta together in the same tank as they are most likely to fight and possible kill each other because these fish are typically very agressive.

Having said that there is a small chance of it working and should only be attempted by experienced fish keepers.

It would be best if you also had in mind that the bettas will prefer to be kept in different aquariums rather than in the same aquariums.  You could keep them in the same tank and use a divider so they can not get to each other.

How Do You Introduce a Female Betta to a Male??

Adding the female betta fish to the male betta’s tank doesn’t require a specific time or season. It only depends on the situation of things at that moment.

Suppose you do not have more than a tank, you can add the female betta to the male betta’s tank anytime it is needed. Since the ratio is 1:1, it is safe to add the fish to the tank. Male bettas have a preference for female bettas. This preference does not last for a lifetime.

How Many Female Bettas Can You Have With a Male?

If you plan to keep female bettas with a male you should only introduce one female to one male.  Betta fish love their own space and can become stressed if you introduce other fish in to their space.

If you add more females to the tank then it will just increase the stress levels in the male fish.

By adding just one female betta you have more of a chance of them getting on.

How Long Does It Take For a Male And Female Betta To Mate?

After introducing a female betta to a male it usually takes between 10 – 24 hours for them to mate if certain conditions are met. If the female is not interested in mating you should remove her from the tank.

Once the bubble nest is completed the female will inspect the nest.  If she is not interested she might destroy the nest, If this happens you will need to remove her from the tank.

If the female is intrested in breeding she will release the eggs in to the nest where they are then fertilized by the male. 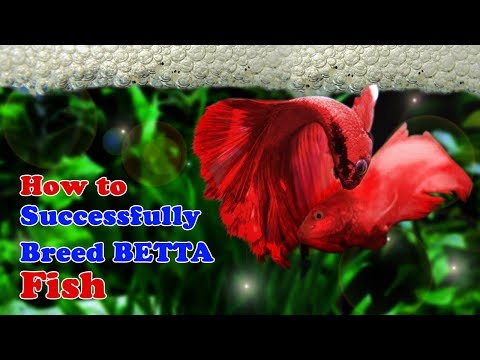 Difference Between a Male And a Female Betta

A male betta is distinct from a female betta. There are several features and differences between female and male bettas. Generally, bettas are colorful and beautiful, but there are other features they possess that make them unique. Here are some of the characteristics;

Can Betta Fish Live With Other Aquatic Creatures

Bettas can sometimes grow lonely in their tank when they are alone. But you should always know that they are happy being alone. Keeping a female betta in the tank with a male betta isn’t advisable unless during mating season.

Bettas are territorial and aggressive, so they would not want to share their terrain with other fish, although there are aquatic creatures that you can keep with bettas. Bettas, as much as they enjoy being alone, can also enjoy the company of other fish.

You can also add numerous females into a tank with a male. But you should also provide structures for hiding in case the situation turns out to be unexpected. Females are less aggressive so they can dwell together to an extent, unlike males.

Before adding other fish species to the tank of a male betta, you should consider the fish’s characteristics. Bettas do not do well with territorial fishes. So it would be best if you chose a submissive fish. This action enhances their cohabitation.

Fishes like guppies, cory catfish, Kuhli loaches, etc. are suitable tank mates for the bettas. These fishes are easy-going fish that won’t compete with bettas for territory. Bettas also get stressed when other fishes pick on their fins.

They can also live with other aquatic creatures aside from fishes like frogs, snails, ghost shrimp, etc.

Once aggression is noticed in the tank, you should separate the fishes from the betta to maintain a peaceful community.

Putting a male and a female into the same tank is a subjective issue. It depends on the situation at hand. If the situation warrants that you should put them together, you do not have much choice.

But when putting them together in the same tank, you should have some things in mind. It would be best if you always have it in mind that the male is aggressive but less aggressive towards females.

Just the way bettas can accommodate another betta for a while, it can also allow other types of fishes and non-fish species provided that they are compatible in terms of co-habitation.