Have a few of your fish died recently and you are worried that your algae eater will eat the dead fish?

Are you wondering if it is OK for them to eat dead fish?  Are there any dangers or anything you need to know?

Yes, an algae eater will happily eat a dead fish if they have access to it.  They have also been known to eat live fish.

Algae eaters will not typically eat a dead fish unless they are very hungry, As long as you feed them regularly they will have no interest in eating fish, dead or alive.

Algae eaters are more likely to eat dead fish when they are younger and they will grow out of it when they grow older.

Is It OK For Algae Eater To Eat Dead Fish

Yes, it is perfectly safe for your algae eater to eat dead fish as long as the dead fish has not started to decay.

If you notice a dead fish in your aquarium you should remove them as soon as you can.  If they start to decay this will cause issues if other fish eat them and it will also reduce the water quality in your tank.

Further more your other fish will also be more vulnerable to diseases.

Should I Let My Algae Eater To Eat Dead Fish

It is not recommended to let your algae eater to eat dead fish if you can help it.

The fish could of died from a disease and if another fish eats them this could be bad news for that fish.

If the dead fish has been dead for a few days they will also start to decay which can spell bad news for your fish and the water quality.

Yes, a Chinese or Siamese Algae Eater are typically aggressive fish and will attack other fish when they come near. 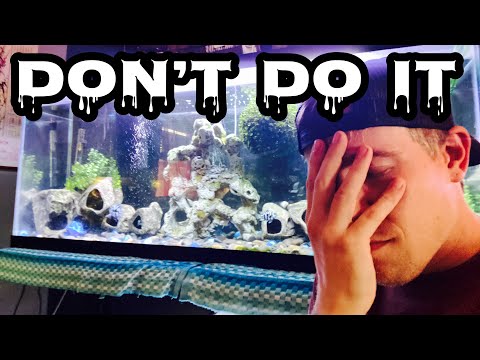 Why Is My Algae Eater Attacking Other Fish

If an algae eater is not frequently fed they are known to attack other fish and feed on them to get the nutrients they require.

Some algae eaters are more aggressive then others such as Chinese or Siamese Algae Eater and are known to be constantly nipping at other fish.

Generally speaking if you feed your algae eaters frequently you will not have any issues with them nipping or eating other fish.